Autumn Season at the Wycombe Swan

Autumn Season at the Wycombe Swan 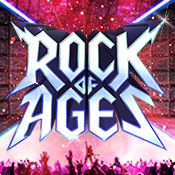 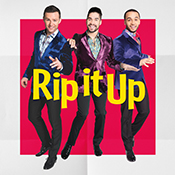 Following the smash hit success of Rip It Up Dancing Through The 50s last year, Rip It Up brings the fabulous soundtrack of the 1960s to life in an explosion of song and dance!

Strictly Come Dancing champions Harry Judd and Louis Smith MBE and people’s champion Aston Merrygold will tour together as the ultimate boy band of dance, presenting everlasting hits from the decade that changed not just (y)our generation but the world. 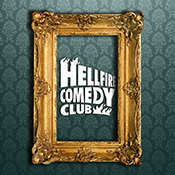 Join us for a brand-new season of the hottest comedy with the most exciting up-and-coming comedians on the circuit. Cool beer and red hot comedians will ensure you laugh the night away. Treat yourself to one of our delicious Tom’s Pies.
Hellfire is an age 14+ show

This hilarious musical comedy will have you singing and laughing along with its EPIC songs, including ‘We built this city’, ‘The final countdown’, ‘Here I go again’, ‘Can’t fight this feeling’ and ‘I want to know what love is’, played loud and proud by an AWESOME live band.

Matthew Bourne’s Swan Lake returns in 2018 with a fresh look for the 21st Century. Retaining all the iconic elements of the original production loved by millions around the world, Matthew Bourne and the creative team will create an exciting re-imagining of the classic production.

The legendary group have been inducted into the Rock & Roll Hall of Fame, listed among the greatest artists of all time by Rolling Stone magazine and have produced an incredible list of hits, including; Saturday Night At Movies, Come on Over to My Place, Up On The Roof, Under the Boardwalk, Kissin’ In The Back Row and many, many more!

For a chance to win two tickets to The Drifters, simply answer the question below:

Email your answers along with your name and address to villageview@live.co.uk by Wednesday 10th October 2018.