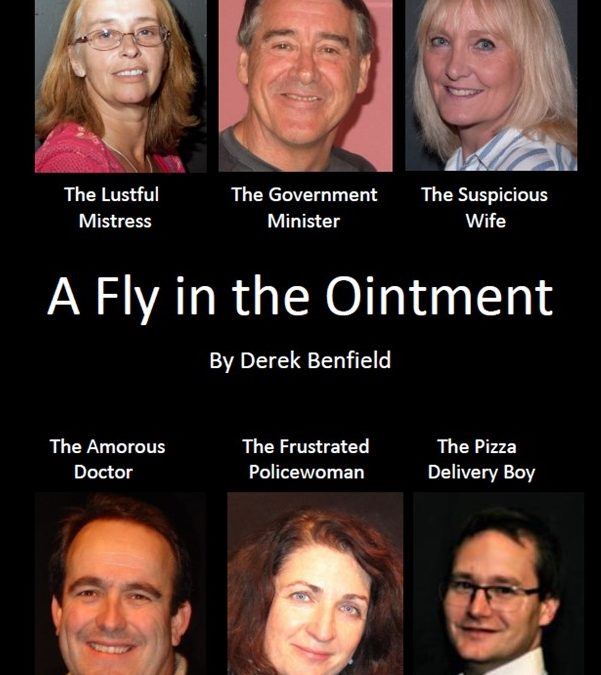 A Fly in the Ointment is a hilarious farce by Derek Benfield. It’s based on a series of mistaken assumptions and the action is fast and furious.

Ron, having just finished his affair with Donna, visits her home, desperate to retrieve some incriminating photographs.  But Donna is reluctant to end the affair, and matters take a turn for the worse when Ron’s wife, Louise, arrives unexpectedly, and George Billing, a doctor, arrives wishing to declare his love for Louise. Add into the mix Brenda, a rather frustrated local policewoman, and Albert, a youthful pizza delivery boy who can spot an opportunity when he sees one, and the scene is set for side-splitting entertainment!

A Fly in the Ointment is being performed at The Players Theatre, Thame, from Tuesday 7th September until Saturday 11th September.

For a chance to win complimentary tickets for a family of four to a Thame Players show, answer the following question:

How would you describe Brenda?

Email your answer, along with your name and address, to Coralie at salesprv@live.co.uk by Friday August 6th