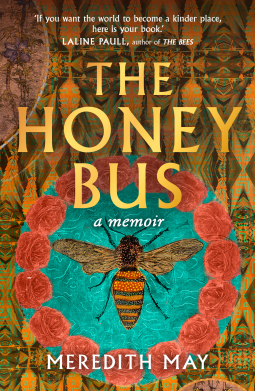 Take a trip into another time and another life. Or stay in your own life and be inspired by ideas of self-improvement. This month’s reads will certainly make you pause to reflect.

1612 is a dangerous time to be a woman in Northern England, as King James has declared war on witches. Fleetwood is 17 and pregnant for the fourth time. Her other pregnancies ended in miscarriage. Desperate not to miscarry this child or lose her own life in childbirth, she turns to a local midwife, Alice Grey. When Alice gets accused of witchcraft, Fleetwood has to decide how far she’ll go to save her friend. Loosely based on the Pendle witch trials, this is a gripping, atmospheric page-turner.

A baby is born in 1970s Maine, USA. In one reality she’s a girl – Louise; in the other, a boy – Louis. Both have the same friends, the same interests and the same ambitions. Both flee from their hometown after one fateful night that changes everything. Thirteen years later, Lou’s mother is dying, so he/she returns to face the past. Original, thought-provoking and highly enjoyable, Louis & Louise is perfect for book clubs.

Nutritionist James Collins is a world leader in the field of performance nutrition. He’s guided the eating habits of Olympic athletes and premier sports stars. His first book, The Energy Plan, is not about cutting out food groups, quick fix diets or denial. Instead, it’s about fuelling your body so it performs better and you feel fitter, have more energy and can fight off illnesses. The Energy Plan is well worth a read, whether you’re training for a marathon or just want to avoid the 3pm energy slump.

The Honey Bus – Meredith May

With a depressed single mother who could barely get out of bed, Meredith relied on her grandfather for love and solace. She also found another avenue for learning life’s lessons – her grandfather’s bees. Through the hive, Meredith learned about family, loyalty, self-sacrifice and resilience. A thought-provoking memoir.

When Maya Angelou calls something a ‘fascinating collection’, you know you’re in for a treat and Voices of Powerful Women certainly doesn’t disappoint. Zoe Sallis interviewed 40 women for her book, including Judi Dench, Tracey Emin, Benazir Bhutto and Mariane Pearl. Each one gives us a glimpse into what made her who she is today. You’ll learn what inspires these women, what angers them, who they admire and what advice they want to pass on to the next generation.

This book takes the concept of downsizing to the extreme. Many of the 40 homes featured are smaller than 150 square feet. From a refurbished Airstream to a treehouse, what these homes lack in space, they more than make up for in character. The book includes floorplans, advice and lots of lust-worthy photographs. Whether you’re thinking of building your own tiny home, want some tips to make the most of smaller rooms or just fancy taking a peek into how other people live, Micro Living is for you.