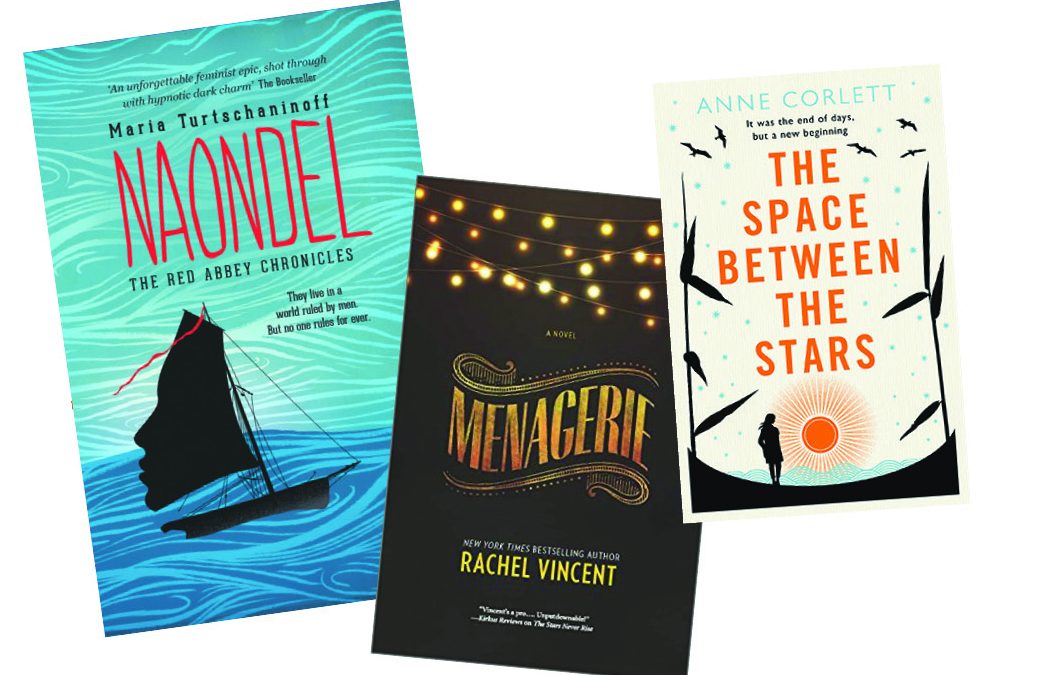 From future catastrophes to whole new worlds, this month’s reads are pure escapism.

Two souls – one body. Nineteenth century Manchester is home to Edie by day and Gnome by night. But as both start to resent the other’s presence, an internal war breaks out which threatens to tear them apart. Throw in suffragettes, love affairs and family dynamics, and you have a truly absorbing read. If you enjoyed Erin Morgenstern’s The Night Circus, or anything by Angela Carter, this book is for you.

The Girl of Ink and Stars – Kiran Millwood Hargrave

Isabella’s village is under the control of the ruthless Governor Adori, but the surrounding woods are under the control of a force even more dangerous. Isabella dreams of crossing the forest and charting the Forbidden Territories. A girl is found dead, and Isabella’s friend, Lupe, goes missing. With nothing to guide her but an ancient map, her beliefs, and her determination, Isabella sets out to rescue Lupe. This children’s book has gained rave reviews and while it lacks the depth needed to truly appeal to an adult audience, it’ll keep 9-12 year olds enthralled.

A travelling carnival has come to town, complete with its menagerie of fantastical beings. Delilah has always thought herself human, but her reaction at the exhibits’ treatment is anything but, and she is locked away and put on display herself. Delilah befriends her fellow captives, refuses to accept her slavery and forms an uneasy alliance with one of her ‘handlers’. But is escape really an option in a world where she has fewer rights than an animal? An easy, enjoyable read, perfect for the sun lounger.

A boy wizard learning to control his powers, mystical lands,magical battles, dragons – this book has them all. First published in 1968, A Wizard of Earthsea tells the story of Ged – a boy who saves his village from attack and is sent to train to be a wizard. He learns to control his power, but accidently unleashes a shadow creature that nearly destroys him. Like Rowling, Tolkein and numerous other fantasy writers, Le Guin’s work will appeal to older children and adults alike.

19 year old Kariba falls for a power-hungry young man and reveals to him the secrets of her family’s spring: it can foretell the future and bestow health or harm. Once Iskan has harnessed the spring’s power, there is little anyone can do to stop him. He starts collecting women to his harem, treating them as little more than playthings. Naondel is told from the point of view of Kariba and the other women, over the span of several decades. Beautifully written, and at times quite harrowing, this will stay with you long after you’ve turned the last page.

The Space Between the Star – Anne Corlett

Jamie survives a virus that’s wiped out most of humanity. She’s on a planet far from home, and far from Daniel – the man she once loved. Together with the handful of other survivors she finds, Jamie sets out on the long journey across the stars back to Earth. If you’re not a sci-fi fan, don’t let that put you off. The Space Between the Stars is much more about human relationships and fragile societies than it is about space ships. This has summer bestseller written all over it.