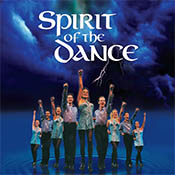 Come and celebrate the beginning of a new year in the company of Mozart, Verdi, Rossini, Bizet, Puccini, Offenbach, Gilbert & Sullivan and more. London Festival Opera presents a musical feast of some of the greatest opera ever composed, in a programme of passion, drama and humour.
Tickets £29.50 – £19.50

Bing Live!
Saturday 5th – Sunday 6th January
Don’t miss the chance to see your little one’s face as their favourite characters are brought to life in this brand-new show. Full of fun, laughter and music, Bing Live! is the perfect first theatre trip for pre-schoolers and their families.
Tickets £21.50 – £19.50

Jethro – The Count of Cornwall

Thursday 10th January
Following 60 sold out shows last year, “The Count of Cornwall” is back again with his unique style of comedy.
Tickets £24.50

Legend – The Music of Bob Marley

Sing-a-Long-a Grease
Friday 25th January
The sing along screening of the classic film starring John Travolta and Olivia Newton-John is brought to you by the producers of Sing-a-Long-a Frozen.
Adults £18.00

For your chance to win 2 tickets to see Spirit of the Dance on Tuesday 29th January 2019, simply answer the following question:

Which country does Spirit of the Dance originate from?

Email your answers along with your name and address to
villageview@live.co.uk by Friday 21st December 2018.