Books to get you talking

How to create a Bird Friendly Garden

Books to get you talking 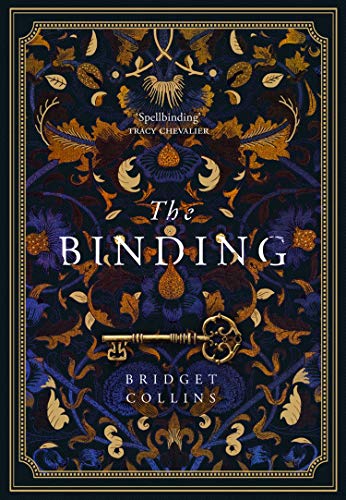 Looking for a novel for your book club? Or just a book to discuss over dinner with friends or family? Take your pick…

In Emmett Farmer’s world, it’s possible to forget the pain of your past. All you have to do is tell your story to a binder, who’ll lock it away in a book. But as apprentice-binder Emmett soon discovers, not all stories are meant to be forgotten. A highly original book that deftly combines fantasy, historical fiction and romance into one captivating tale.

Three different women find their paths crossing. Wealthy Blanche has developed a compulsion for shoplifting after being banned from seeing her grandchildren. Poet Nan is planning her funeral and isn’t afraid to speak her mind, but she has a blind spot when it comes to her grandson. And then finally there’s shy Minna, who’s in danger of losing the only person she really cares about. A beautiful, quiet book that looks at family life in all its complexities.

Our Planet: The One Place We Call Home – Matt Whyman and Richard Jones 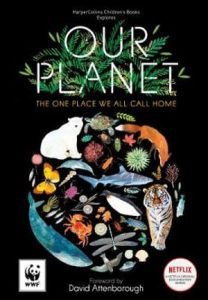 This children’s companion to last year’s Netflix hit is sure to prove popular with young nature buffs. Stunning photography and illustrations accompany short, easily digestible paragraphs of text. Our Planet educates and inspires in equal measure. As Sir David Attenborough says, ‘You will be among the next characters who can, if they wish, tell the most extraordinary story of all – how human beings in the twenty-first century came to their senses and started to protect Planet Earth.’

If you’ve been inspired to eat more meat-free meals, but don’t want to spend hours in the kitchen, this is a useful reference book to have on hand. It’s gained numerous positive reviews in the last two years, and for good reason. Each of the seventy-five recipes is designed to make cooking healthy, tasty meals as easy as possible. In most cases, each dish takes just ten minutes to prepare. Recipes include ‘Miso Aubergines with Tofu, Sesame & Chilli’ and ‘Squash & Gorgonzola Tart with Figs & Pecans’.

The Book of Echoes – Rosanna Amaka 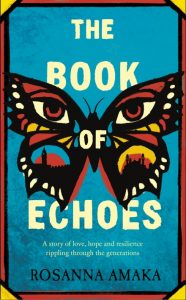 A young black man struggles to come to terms with a devastating tragedy in 1980s England. Meanwhile, a girl in Nigeria tries to build a better life for herself against the odds. As the pair resist following the paths laid out for them, they’re watched over by the ghost of a murdered woman. A gripping, thought-provoking debut novel.

While it’s a bit heavy going in parts, Big Sister, Little Sister, Red Sister is a fascinating insight into three of the most powerful women in Chinese history. Ching-ling, wife of Sun Yat-sen, became Mao’s vice-chair. It placed her in direct opposition to her two sisters – May-ling (Madame Chiang Kai-shek), who was the first lady of Nationalist China, and Ei-ling, Chiang’s unofficial main adviser and one of China’s wealthiest citizens.