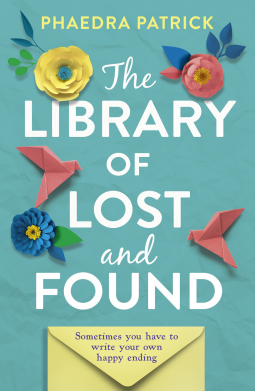 Books to while away the summer evenings with

The Library of Lost and Found – Phaedra Patrick

Librarian Martha Storm finds a book containing a dedication from her grandmother. But the dedication is dated several years after her grandmother supposedly died. The book sets Martha out on a quest that will rock her safe, predictable life and remind her of who she really is. A hugely enjoyable, warm hug of a book. 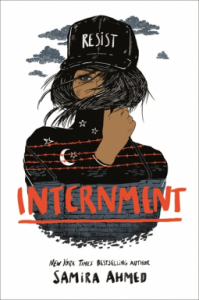 Marianne is back in her home village, and desperate to keep a secret hidden that could destroy the life she’s built over the last 30 years. A secret that ties her to her childhood sweetheart, Jesse, as well as the MP responsible for shutting down the local asylum. This chilling psychological tale is a slow-burner but well worth sticking with.

Set ‘15 minutes into the future’, Internment tells the story of 17-year-old Layla, who is sent to a Muslim-American internment camp in the middle of the Californian desert. Similar to the real Japanese-American internment camps of World War II, this camp is a dangerous place to stand out. Layla’s parents want her to keep her head down and not attract the attention of the vicious camp director. But Layla is prepared to risk her life for her freedom. A powerful page-turner about the price of turning a blind eye to bigotry.

A Boy and his Dog at the End of the World – C. A. Fletcher

Griz is growing up in a post-apocalyptic world where mass-infertility has decimated the human population. His community is tiny and life is difficult. When a stranger steals the family’s dog, Griz sets out to get her back, on a journey that will take him from his tiny island on the Outer Hebrides across Scotland and Northern England. Perfect for fans of The Road and Station’s Eleven.

Andrew and Bramber start writing to each other because of their shared interest in dolls. As their friendship grows, Andrew decides to visit Bramber at the institution she calls home. Andrew and Bramber’s story is interspersed with tales written by another doll-lover, Ewa Chaplin, which Andrew reads on his journey. A beautiful, strange, multi-layered book you’ll want to keep reading long after the sun has gone down.

If your idea of the perfect holiday is spending several days on a sun lounger with a good book, then the Outlander series could be just what you’re looking for. On a trip to the Scottish Highlands, Claire Randall steps through a circle of stones and finds herself transported from 1946 to 1743, where she’s taken prisoner by Scottish outlaws. The hit TV show is now into its fourth season and the books are even better.