My name is Spacey; I’m a Lakeland Terrier Mix and about 9 years old. 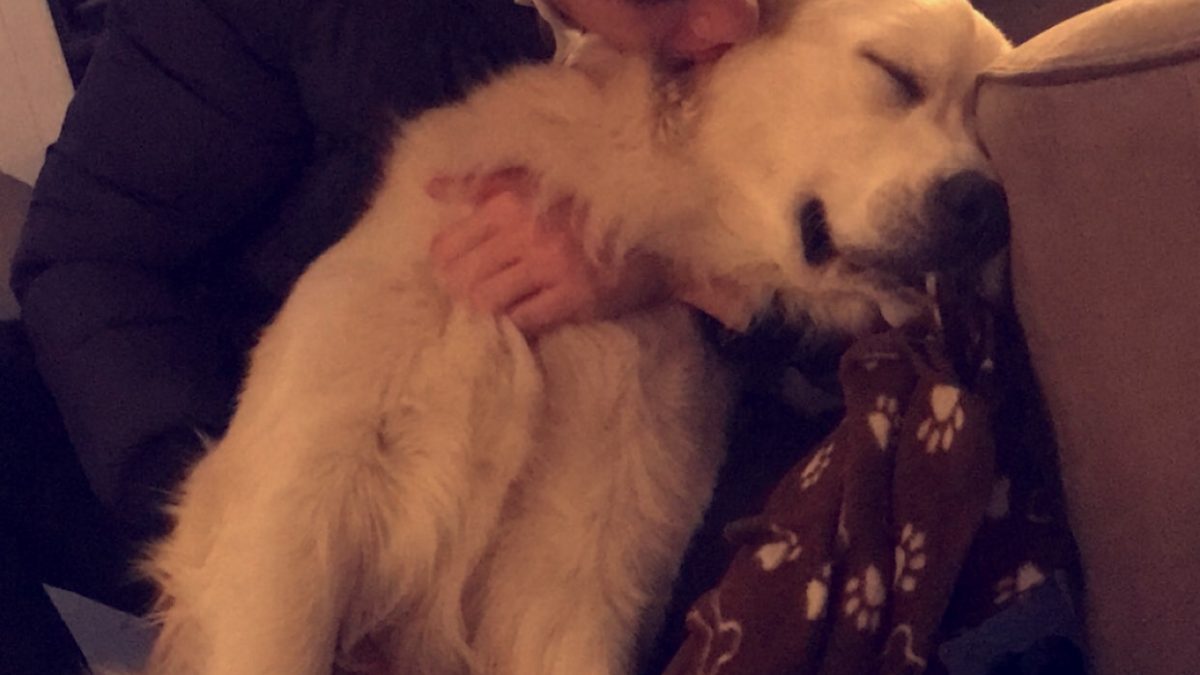 Today was Sunday and I had woken up after a long eventful night. I love the weekends because I have all my family around me, meaning I get the constant 24-hour attention I deserve. But there’s one very strange reason I don’t like Saturday nights. Whilst I was half way through my dreams of running about a field chasing kittens and running with horses, I was rudely awoken. I heard someone outside, their footsteps were silly and spaced out, it was confusing. However, as the sole protector and hero of the house I leapt fearlessly out of the comfy and safe blanket and slowly snuck to the door to try to get a view of the “hooman”. Nothing…

I heard something drop, it was metal, and my mind was racing. What was it? A phone, a picklock, or worse, a knife? I warned him, ‘woofing’ and ‘grr-ing’, knowing that any “hooman” would fear my big, white, fluffy polar bear stature. “Kenzo! Shhh!” the “feef” exclaimed quietly but forcefully! He had done his homework, although I would never fall for such a pathetic attempt at silencing me. In fact, I raised the volume, waking mummy and daddy and making them aware there was a robbery attempt in progress.

A dark shadowy figure approached the front door, he leant over to retrieve the object he dropped and placed it into the key-hole. This was it, he had somehow got a key and was coming in right that second.

“HELLLOOOO”, the “feef” said enthusiastically, throwing my guard off, though not deterring my “strongness”. The light came on and it was blinding; like an explosion of light, blinding me. I was scared, the “feef” had realised that I was never actually going to do anything other than “woof” and “grr” at him. I looked down in fear, shutting my eyes as my tail flopped between my legs and my shoulders dropped sadly.

I felt a faint touch on the top of my head before the strange “hooman” wobbled uncontrollably into the wall, stumbling and struggling to take off his shoes; what was he doing? I then got an unmistakable smell sting my super sensitive sniffer. Tequila and lemon. I realised then, it could only be one person. My OWN brother. He was trying to sneak into my house drunk at 4am. I grinned and smiled, “Happy to see me?” he slurred. I thought to myself, “No, I can just hear mummy and daddy walking down the stairs and they sound very, VERY angry.”