The 5th Anniversary of the Princes Centre 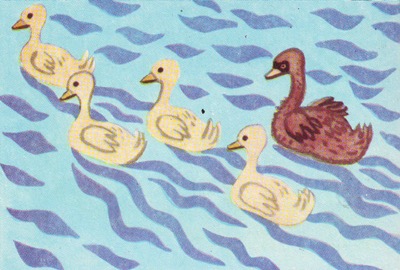 Thame Players presents this heartwarming reimagining of Hans Christian Andersen’s The Ugly Duckling. This fully orchestrated musical tells the story of Ugly, an aesthetically challenged duck, who finds himself pushed out by the other members of the duck yard, leading him into an adventure that will see him discover the true meaning of what it is to be different.

Winner of multiple awards, including the 2000 Olivier Award for Best Musical (beating both The Lion King and Mamma Mia), this heartwarming celebration of being different is sure to delight audiences with its sparkling wit and memorable score. Honk! is guaranteed to put a smile on everyone’s face.

The Comedy Triple Bill on Sunday 23rd July at 7.45pm

1.Last Tango in Little Grimley written by David Tristram, one of the UK’s most popular and respected playwrights.  Membership of the local amateur dramatic society has dwindled drastically so time for dramatic action. “There’s only one thing that sells tickets these days” argues the Chairwoman. “Sex!” But how will the locals react to the promise of a sizzling sex comedy?

2. A Jolly Sinister Jape by writer Elliot Strange,is a pastiche 1920’s thriller with a plot that defies description. This is Famous Five fun for adults as Stubby, Ophelia, Biffy and Fatty find themselves trapped in a mysterious house during a thunderstorm.

To win 2 tickets to any Thame Players show simply answer the following correctly?

What is happening that is different in July?

Email your answers along with your name and address to villageview@live.co.uk by Thursday 24th August 2017