Grow your own vegetables

The boys from the wrong side of the tracks are coming to town in Jersey Boys at Aylesbury Waterside Theatre Tue 3 – Sat 14 Jul.

The Tony, Olivier and Grammy Award-winning musical will see Michael Watson playing Frankie Valli, Simon Bailey as Tommy De Vito, Declan Egan as Bob Gaudio and Lewis Griffiths return to play Nick Massi. Michael, Simon, Declan and Lewis have all previously performed their roles in Jersey Boys to great acclaim, and Lewis is looking forward to returning to the venue, having performed there before in Legally Blonde, Dirty Dancing, and the last tour of Jersey Boys. 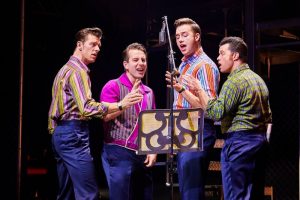 Lewis is looking forward to a return visit:

“I am thrilled to be coming back to the Waterside. Jersey Boys is a massive production and you’ll certainly know we’re in town when our 8 trailers arrive, ready to off-load our set, costumes, props, lighting, sound and staging ready for the first show. I’m genuinely honoured to be gracing the stage of the Aylesbury Waterside Theatre again with our fantastic show and hope audiences enjoy it as much as we’re going to!” 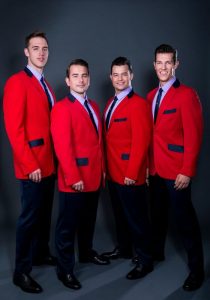 Jersey Boys is the true story of Frankie Valli and the Four Seasons and their rise to stardom. These four boys from New Jersey became one of the most successful bands in pop history, were inducted into the Rock & Roll Hall of Fame and sold 175 million records worldwide, all before they turned 30. The show is packed with their hits, including Beggin’, Sherry, Walk Like A Man, December, 1963 (Oh What a Night), Big Girls Don’t Cry, My Eyes Adored You, Let’s Hang On (To What We’ve Got), Can’t Take My Eyes Off You, Working My Way Back to You, Fallen Angel, Rag Doll and Who Loves You. 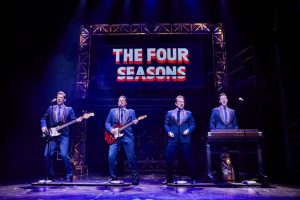 For your chance to win 2 x tickets to see the Jersey Boys on Tuesday 3rd July simply tell us which of the below is a title of a Frankie Valli hit:

Send your answer to Coralie at salesprv@live.co.uk by Friday 22nd June