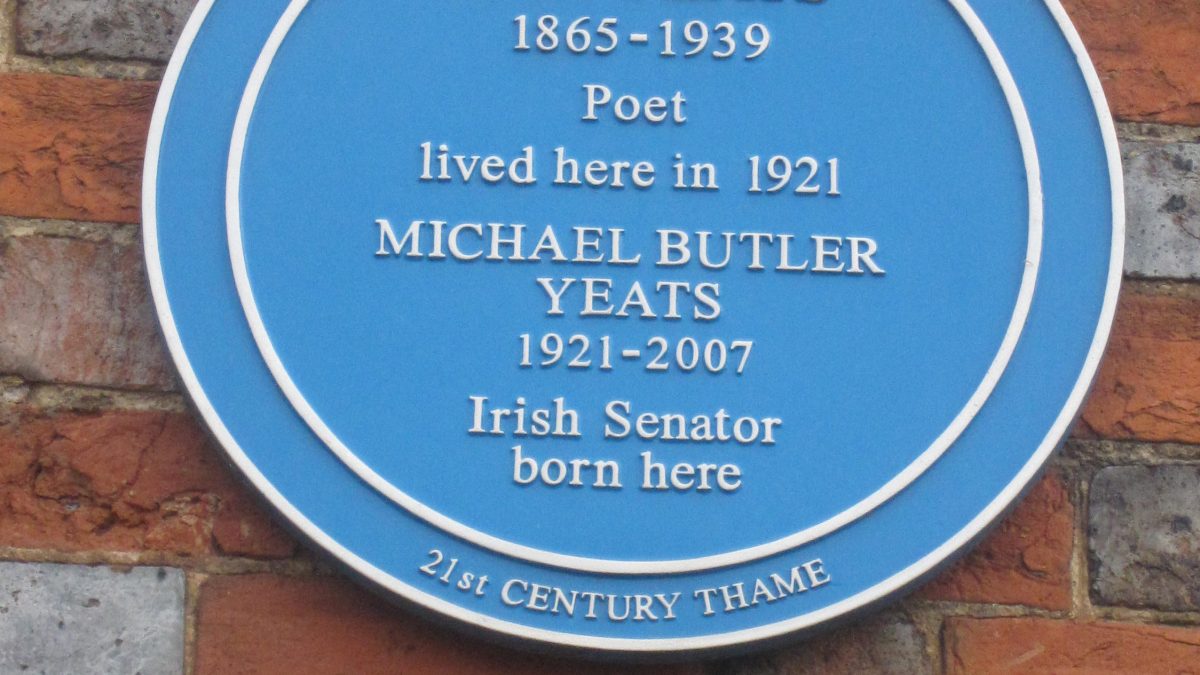 Thame has been in the national news recently because of the Town Council’s (rejected) proposal to erect red plaques commemorating the town’s fictitious involvement in a television series. Thame does however boast several blue plaques featuring famous real people who lived in the town, one of whom, the poet W.B. Yeats, is the inspiration for Thame Chamber Choir’s recently-announced Choral Composition Competition.

Launched as part of the choir’s 20th anniversary celebrations, the contest asks entrants to set any Yeats poem of their choice; entries will be judged by international composers and conductors Bob Chilcott and James Burton, as well as the choir’s Musical Director Duncan Aspden and professional pianist and singer Anna Markland. The winning composition will be premièred at the choir’s concert during the 2019 Thame Arts & Literature Festival, and the composer will receive a prize of £1000.

Full details of how to enter are on the choir’s website, www.thamechamberchoir