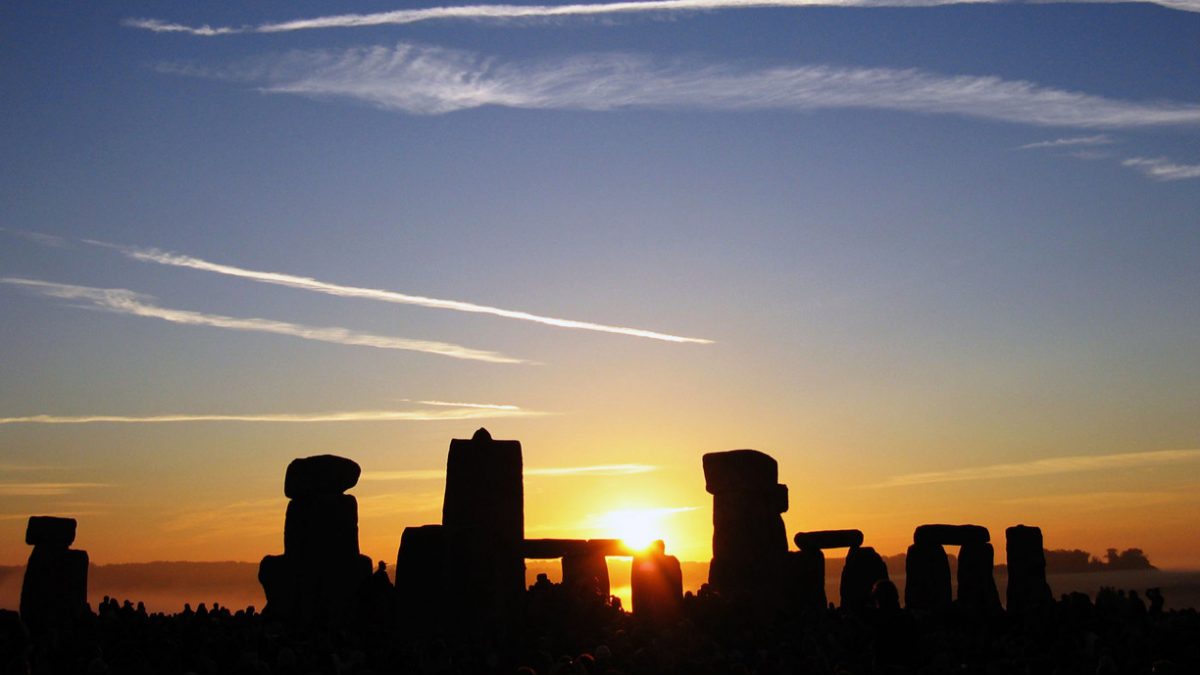 The month of Wimbledon and Father’s Day; synonymous with freshly mown grass, the first Pimms and a sudden abundance of flowers, we welcome June as the beginning of summer.

In Anglo-Saxon times, June was known as midsummer month or sera monath, meaning ‘dry month’. It also brought with it the big pagan celebration of the summer solstice – the longest day of the year in the Northern Hemisphere.

The longest day can occur on 20th, 21st or 22nd June, depending on when the sun is at its northernmost point in the Tropic of Cancer. However, as is the case with this year, it most commonly falls on the 21st. Although they can happen, solstices on the other two dates are rare. For example, the last summer solstice to occur on 22nd June was in 1975.

It was the Romans who were responsible for giving the sixth month in their Roman and our Gregorian calendar its current name. Jun(e) is believed to be a shortened version of Iunius or Junius (the capital ‘J’ only came into existence as a separate written letter from ‘I’ during the 14th century – before this they were written in the same way).

Junius is Latin for ‘sacred to Juno’. In Roman religion Juno was the wife of Jupiter and patron goddess of The Pantheon in Rome. She was also the Roman goddess of marriage and childbirth. The blessing she was said to bestow on couples who marry during this month has meant that June weddings remain popular to this day.

Juno was attended by her companion bird, a peacock, and her messenger Iris, the hem of whose colourful robe would sometimes be glimpsed in the sky as a rainbow.

In early Roman times, June had 29 days, but Emperor Julius Caesar added an extra day, making it 30 days long, but still a day shorter than most of the other months of the year.

People born in June are said to be ruled by the planet Mercury, which represents youth. They come under the zodiac signs of either vivacious, optimistic Gemini (the twins) or loyal, stability-loving Cancer (the crab).

Scientific studies have claimed that June babies tend to be physically stronger and suffer less with mental illnesses than those born in any other month.

June has three birthstones: the pearl, said to stand for faith and purity of heart; moonstone for intuition, balance and new beginnings; and the more obscure alexandrite, which is supposed to bring health and longevity.

The birth flowers for this month are the sweet-smelling rose, which in the traditional language of flowers represents romance and love, and the honeysuckle, whose meaning is fidelity and devotion.

There is a saying in folklore that in June, summer doesn’t begin until the elderflower is in blossom.

As well as the summer solstice, other festivals that take place in June include well-dressing, where natural springs are honoured with elaborate decorations that include intricate mosaic-like pictures made using flowers, grasses, moss, seeds, bark and berries. Well-dressing is particularly popular across Derbyshire.

The many significant historical events that have happened in the month of June include the signing of the Magna Carta on 15th June 1215, and the original Globe Theatre being destroyed by fire on 29th June 1613 after a cannon was let off to announce the arrival of the king’s entrance in Shakespeare’s Henry VIII.

In June 1946, the first BBC television licenses were issued, costing £2. The Queen’s coronation took place on 2nd June 1953. It is also the month of her official birthday and the well-known Trooping of the Colour ceremony. Coincidentally, Queen Victoria, up until recently Britain’s longest reigning monarch, was also crowned in June, on 28th in 1838.

The month of June has long fascinated poets, artists and lyricists from Shakespeare to Rogers and Hammerstein. ‘Flaming June’ is a famous painting by Lord Frederick Leighton completed in 1895. Scottish poet Robert Burns also paid homage to the month in the first lines of his well-known poem ‘A Red Red Rose’. And there is no end of romantic ballads out there rhyming ‘June’ with ‘moon’.

Believe it or not, June was a popular name for both boys and girls in the first part of the 20th century but over the last 40-50 years has declined in favour in the UK. However, June has enjoyed a resurgence as a favourite girls’ name in the USA during the past decade.