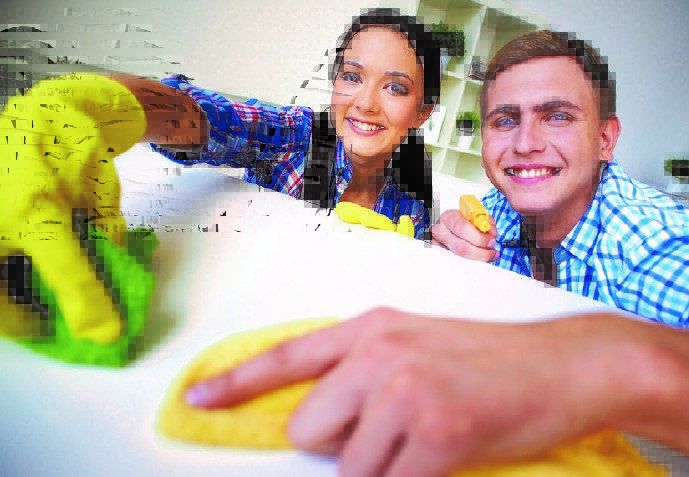 The Great British Spring Clean campaign, which is taking place on 2 – 4th March, has a simple aim: to bring people across the country together to clear up the litter that blights our towns, villages, countryside and beaches.

The campaign is organised by Keep Britain Tidy, an independent charity working towards eliminating litter, ending waste by creating sustainable practices, and improving our beaches, parks and streets.

Places to be Proud of

The goal of the Great British Spring Clean is to inspire 500,000 people to get outdoors, get active and help clear up the rubbish around them, so that they can ‘live and work in places that they can be proud of and prosper in.’

The campaign works with individuals, businesses, organisations and public bodies, and has some big-name supporters including Coca-Cola Great Britain, Lidl, McDonalds, Wrigley, Costa, Iceland, KFC, Greggs, Stagecoach, the RSPCA, the RSPB and the Marine Conservation Society.

‘Join our growing army of #LitterHeroes who have had enough of other people’s litter and are willing to do something about it,’ urges the campaign’s statement. ‘Together we can make a difference and clean up the environment on our doorstep.’

You can do some litter-picking by yourself or with friends and family, although make sure you stay safe, particularly if you’re litter-picking near roads. If you prefer to join an organised event or group, the campaign page has a handy map of what’s on – and you can also enter your postcode to discover events taking place near you. Visit www.keepbritaintidy.org/get-involved/support-ourcampaigns/great-british-springclean.

At Killingbeck in Leeds, for instance, the plan is to clean up the local nature reserve, making ‘the green space on their doorstep’ a nicer, safer place for both people and wildlife. There are also plans to do a litter pick-up in the areas covered by Leeds Health Walks. Meanwhile, Belper claims to be planning its biggest litter-pick ever on the 3rd March, with several sites targeted for clean ups.

There are lots of events on the map already – just click on a virtual map pin to see a snippet appear, then click the snippet heading to find out exactly where and when the event is taking place.

The more adventurous of you may like to combine litter-picking with sightseeing, exercise or both. Wayne Dixon, whose adventures can be tracked by following @WayneKoda on Twitter, is walking and litter-picking his way around the 7,500 miles of Britain’s coastline accompanied by his dog, Koda. He is raising money for Mind and North Inuit Dogs while also supporting Keep Britain Tidy and their Great British Spring Clean campaign.

It’s a cause dear to his heart and Koda’s, as Koda nearly lost a leg when he was injured by a discarded can. You may not have a few years to spare to follow in Wayne’s footsteps, but a shorter coastal excursion could be fun.

If you like to be on the water rather than walking beside it, you could join the Plastic Patrol, as featured on The Russell Howard Hour. The group paddleboard the waterways of Britain removing discarded plastic. ‘We’ll supply the litter pickers, refuse sacks and we’ll even dispose of everything you find – just come along, do your bit and have fun.’ Visit www.plasticpatrol.co.uk and click on ‘clean-up events’ to find one near you.