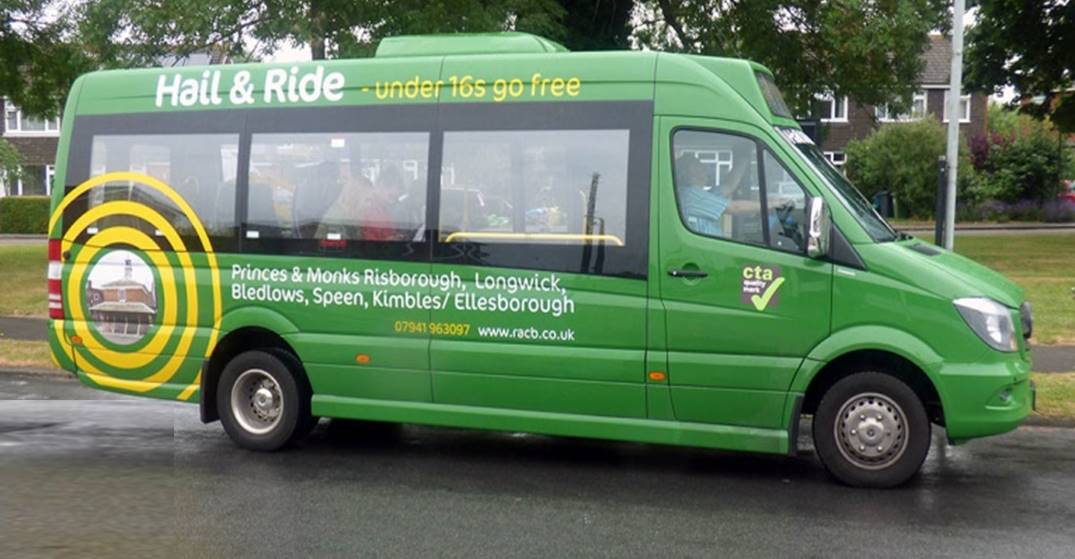 This year our ‘little green bus’ (the Risborough Area Community Bus, RACB) celebrates 10 years of service!   And it has proven to be an incredible success story.

Since the first day in July 2010, when the three daily scheduled routes (serving Princes Risborough, Monks Risborough and Longwick) began, routes have expanded. Two more routes were added in 2011 (serving Speen, Bledlow Village and Bledlow Ridge) and another added in 2013 to serve Great and Little Kimble (which was extended in 2017 to include Ellesborough and Terrick).

Customer numbers have also grown. Just 70 passengers were carried in the first week of service; now often more than 400 passengers journeys are completed each week on the scheduled services alone.  Altogether, in our first ten years, over 200,000 passenger journeys have been made on the ‘little green bus’ in and around Risborough!

In addition to scheduled services, there are now two or three monthly outings to places of interest and the bus is also available for use by not-for-profit organisations or individuals. Both these have also been phenomenally successful – having completed an estimated additional 14,000 passenger journeys during the 10 years.

The ‘little green bus’ also provides a needed social benefit, best reflected by passenger comments – “I’ve made lots of friends (on the bus) – I know lots more people now than I did know” …“I’ve been to visit my 93 year old mother – without the bus I would not be able to get there to see her”.

All this has been made possible by the bus and the marvellous team of volunteer drivers and support staff who give their time and expertise to make it all happen.