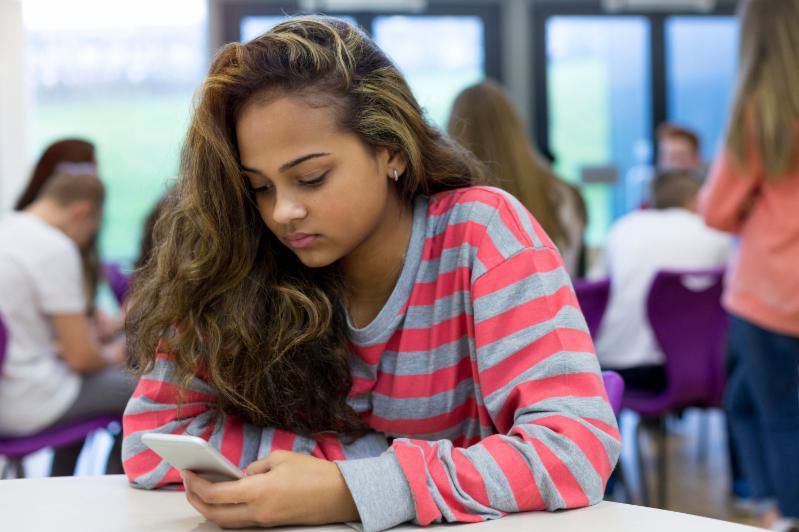 Teens spend as much as nine hours per day on social media, according to a recent study by Common Sense Media.

That mindboggling statistic means that when they’re not in school or sleeping, teens are glued to their phones, where they interact with friends and the rest of the world through Instagram, Snapchat, Facebook etc. But is it good for them?

While it’s a way to connect with friends and information, which can be positive, the “always-on” aspect of social media can be exhausting. It can take a toll on mental and physical health. The UK’s Royal Society for Public Health surveyed 1,500 teens and young adults about their social media habits. They found that digital social networks are associated with high levels of anxiety, depression, bullying and a “fear of missing out (FOMO).” They can also foster a negative body image and poor sleep habits.

This constant comparison to unrealistic ideals can result in low self-esteem, self-doubt and poor body image. It can also result in problems such as “text neck”. Research does suggest that the broader problem is more likely to stem from a sedentary lifestyle and a lack of movement generally. Keen to prevent difficulties, David, as an Osteopath, understands that if a person does less exercise and stays in a static position with screen-time, there is a higher risk of developing spinal pain and neck pain.